Sok-ho is an octolingual British and French stage performer, an actor, a baritenor recording singer-songwriter and a producer. He performed internationally in musicals, music concerts, and in theatre. He is also a social and behavioral scientist who investigates and brings Purpose and Passion in people’s lives.

Sok-ho was born in Paris, France from Chinese parents born in Cambodia, survivors of the Cambodian genocide. He started singing at the age of 10.
He then joined musical contests and performed in local music venues in Paris until he was discovered to join the revival of the French version of the musical ‘Romeo & Juliet’, from William Shakespeare.

He was then offered the chance to go to Mexico and acted and performed on stage in a regional showcase tour.

Following Mexico, he then briefly moved back to Paris, before he went to Shanghai, followed by Madrid, and again briefly returned to Paris where he received additional acting lessons from industry professionals.
He finally moved to London where he received training at The Royal Central School of Speech and Drama, The Actors Centre, GMDC, and where he held various stage and musical appearances in venues including the Bread and Roses Theatre, Tristan Bates Theatre, The Miller, the Archduke, Toulouse Lautrec Jazz Club, and Troxy, The Bandstand Battersea Park, and the Other Palace.

His musical theatre’s credits include a revival of Romeo & Juliet in France, It Tastes Like Home a musical written by Lorna Wells, directed by Roman Berry, where he performed the lead role of Jian. He joined the dance and musical revival of The Rocky Horror Picture Show playing the lead role of Brad Major. This was choreographed by Alex Scurr, musically directed by Diarm Ska, and directed by Scott Le Crass. He performed in Music & Lyrics, a tribute to Alan Menken and Tim Rice in various roles. Recently he was cast in Pearl and Dagger conceptualised, composed and written by Eden Tredwell, co-written by Nozomi Abe and directed by Yojiro Ichikawa. He played the lead role of Samurai Master Shima.

His credits in plays include Human Again, written by Lettie Precious, directed by Kim Pearce, Imagen en el espejo (Reflection in the mirror) directed by Lizzette Rodriguez and recently he performed as a voice actor in international online animation Kuwento-物語 (Monogatari) – Revisited Tales of Japan and the Philippines directed by Yojiro Ichikawa.

On the creative side, Sok-ho recorded in the original sound tracks of It Tastes Like Home in 2019, and wrote and recorded an EP named “La Vie” that same year in collaboration with composers and lyricists from France, Hong Kong, Greece and the UK.

Also, trained and immersed in the science of happiness and coaching,
Sok-ho bridges science and performing arts and is now working on a Covid19 related concept album and on a research-based show bringing well-being through the Arts.

Sokho is a member of the Spotlight, The Actors Center, and Equity. 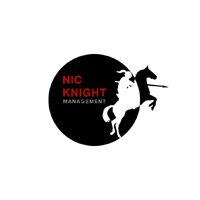